SHDM makes its mark in the St. Michel neighbourhood

SHDM makes its mark in the St. Michel neighbourhood through an exemplary partnership with the organization Habitations Terrasse St-Michel 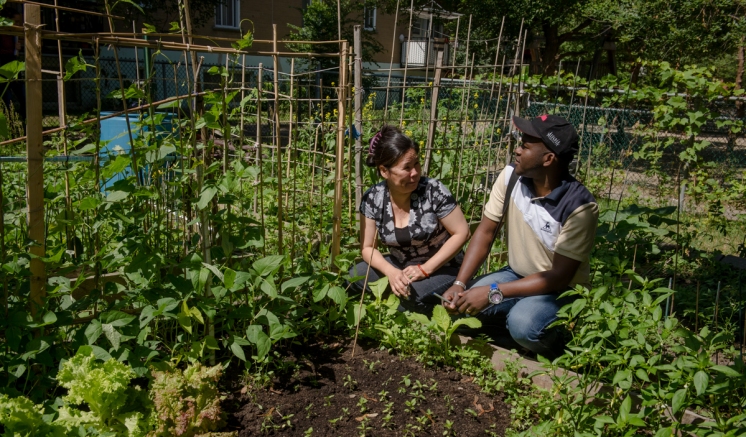 Through a unique partnership between the SHDM and the Habitations Terrasse Saint Michel organization, the Saint-Michel neighbourhood is revealed in its best light and unveils its innovative, community and solidarity features.

After acquiring in 1990, in the heart of Saint-Michel, a set of 14 buildings totaling 127 dwellings that were in disrepair, the SHDM renovated and restored all of the buildings and created housing for families. Mindful of the social and cultural complexity of the neighborhood as well as of the dynamism of several community groups, SHDM turned over to the latter the management of these properties. In 1995, the organization Habitations Terrasse St-Michel was created, regrouping on its board several organizations that were already active in the area.

As the new owner, the SHDM carried out major works to improve the tenants’ quality of life. It also assumed the financial risk by supporting the decisions and proposals of the managing organization. Hence, premises have been offered free of charge to certain organizations, on an ad hoc or ongoing basis, and some of the dwellings were offered primarily to young single mothers. For its part, the Habitations Terrasse St-Michel organization is active in the field and contributes to a sense of well-being. Making repairs as quickly as possible and even preventively, maintaining lawns, planting flowers around the entrances, painting the walls, but also involving residents, helping them to fit in and step out of their isolation are some of the tasks undertaken by the organization.

The success of this business model was highlighted in 2002 by the Canada Mortgage and Housing Corporation (CMHC) by giving to the Habitations Terrasse St-Michel project and the partners involved a Excellence Award for "Affordable Housing Innovations" in the “Process and Management” category.

In addition to providing below the market rents to a fragile clientele, this partnership created a community center and provided leverage to local organizations. This approach adequately addresses the needs of residents and neighbourhood issues. In addition to the very family-oriented environment, with a large proportion of households with more than three children, the Habitations Terrasse St-Michel welcome people from across the world. "For us, diversity is extremely important," explains Claude Deshaies, treasurer of the Habitations Terrasse St-Michel organization. A community worker at the St-Michel CLSC for more than 20 years - retired in October 2015 - he reflects on the evolution of neighbourhood. "Before, St. Michel was a transition course and had a very bad reputation. Today, we see that people are comfortable here and that they do not want to leave. This means that they bonded with the neighbourhood and that they now feel it is theirs. The cooperation and coordination of community and municipal organizations was behind this turn around.”

A community worker at the Bureau Info-Logement of Centre éducatif communautaire René-Goupil and a board member of Habitations Terrasse St-Michel, Coralie Leroux explains that the purpose of community groups is to fight against the "Out of sight out of mind " mentality. All these small projects, workshops, meetings organized by community groups, are aimed at empowering people, but they are also excuses for people to gather, share some coffee, chat, and get to know each other. The goal is to help them come out of their isolation. "

The SHDM, an expert in Responsible Property Investment, is proud of this partnership which helped to build a real living environment and would like to thank and congratulate the team of Habitations Terrasse St-Michel for its commitment and its outstanding work.

Annie, in charge of the community garden and Soumaila Kafando, social mobilizer for Action Saint-Michel-Est (ASME) 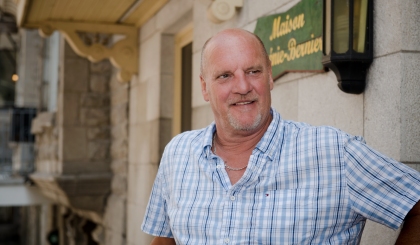 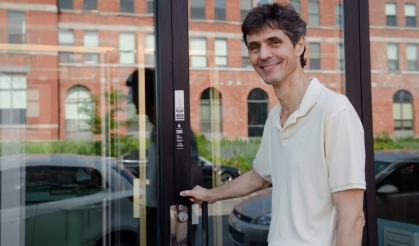