A Successful Season for the SHDM's Horticulture Program

A Successful Season for the  SHDM's Horticulture Program 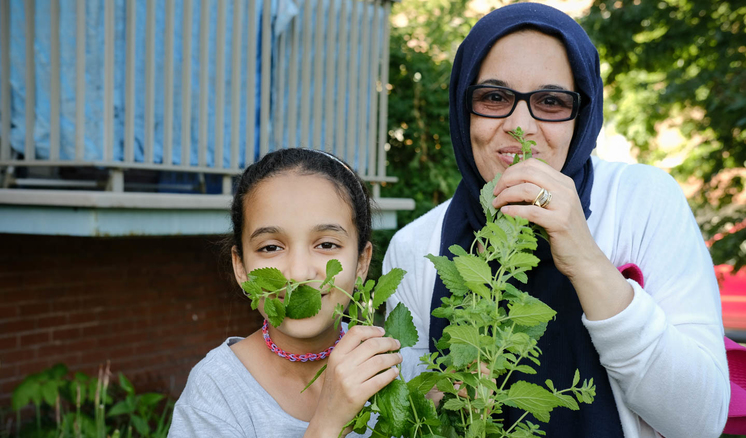 Between April and October, over one hundred SHDM tenants took part in horticultural activities and projects right in their own living environment. The children—who particularly made their mark this year, by turning out in such large numbers to garden at the foot of their apartments, much to the great delight of their parents and neighbours—definitely inspired others and sparked word-of-mouth as well.

The gardeners were happy to see that the children were so interested in getting involved and were so attentive to the plants. "My children knew absolutely nothing about gardening, because they had never had access to a garden before, but now they are the ones who tell me what vegetables are growing, how to maintain them and when they are ready to be harvested!" stated a loyal participant.

Two major projects launched in the boroughs of Côte-des-Neiges–Notre-Dame-de-Grâce and Saint-Michel–Villeray–Parc-Extension were set up thanks to Sentier Urbain, which was called upon to look after them. Within these two projects, there was a total of 35 workshops offering activities, supervision and horticultural advice, door-to-door rounds, emails sent out, promotional posters and telephone calls to promote the program. More than 85 participants landscaped 1240 square feet of land with 507 vegetable and herbal plants, 107 perennials, 26 shrubs, 15 fruit shrubs, 4 trees that were planted and 90 flowers, for the direct benefit of the participants.

The project on Rue Fielding, in the borough of Saint-Michel–Villeray–Parc-Extension, brought together a total of 66 people living in 20 of the SHDM's 84 housing units, representing a participation rate of approximately 23%. For its first year with Sentier Urbain, this project proved to be a real success.

As for the project on Rue Barclay in the borough of Côte-des-Neiges–Notre-Dame-de-Grâce, which was in its second year of operation, it once again brought together last year's 15 loyal participants, plus five new regular ones. This project is therefore well on its way to becoming self-sufficient and sustainable, which is the main objective of the projects initiated by the SHDM.

"In order to ensure that the community garden projects organized last year will continue on and on, two horticulture clubs are established within the Barclay and Fielding projects," pointed out Daniel Lavoie, Residential Operations Coordinator at the SHDM. Many tenants have in fact gradually joined these projects, on seeing the benefits for the entire community: socialization and encounters, learning, a sense of belonging and security, beautification, free access to local and healthy vegetable gardening products, etc.

Would you like to join one of these two clubs? Write to info@shdm.org

The SHDM would like to thank all the residents who are involved in their community, its horticulture team, Sentier urbain, the Société de développement et d'habitation communautaire (SODHAC), Les Habitations Sherbrooke Forest Inc. and Habitations Terrasse Saint-Michel, all three of which are external administrators for the SHDM, for their professionalism in carrying out the responsibilities assigned to them by the SHDM. 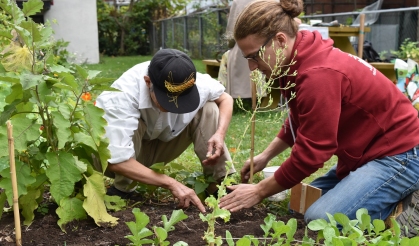 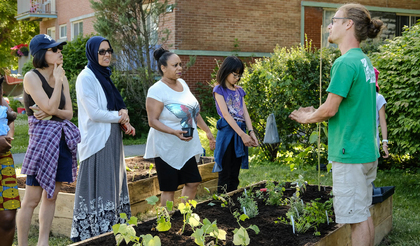 Improving quality of life in our neighbourhoods thanks to horticulture