The Future of the Molson Site is Taking Shape

The Future of the Molson Site is Taking Shape 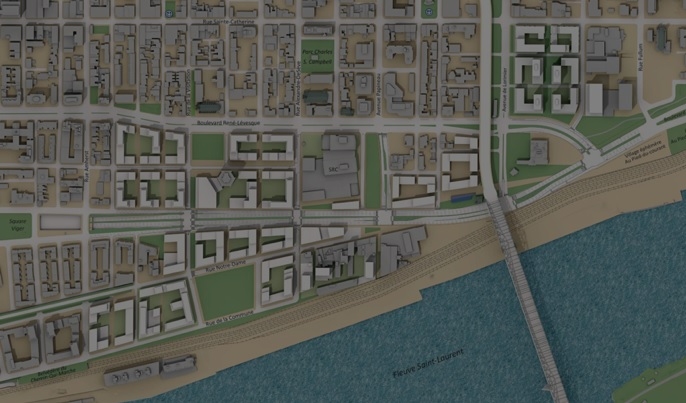 The agreement between Ville de Montréal, Molson, the developers of the Molson site and the Société d'habitation et de développement de Montréal (SHDM), was announced this morning during the city's Executive Committee meeting. It will allow the development of a mixed, inclusive and diversified neighbourhood.

Since the SHDM worked on developing Faubourg Québec in Old Montréal, which now has more than 1,200 social and private units and is located next to the lands concerned in the agreement, the development of the Molson site represents a logical continuation.

"Given the history of the development of Old Montréal and the role played by the SHDM, the future of this site is particularly close to our hearts," emphasized Nancy Shoiry, Managing Director of the SHDM. "This agreement will enable us to carry out a mixed project with Ville de Montréal, including affordable units and a civic hub. Moreover, the strategic location of the SHDM's lands is a unique opportunity to propose a growth-generating project for the neighbourhood as a whole," she was delighted to add.

Under the agreement, the city obtains some of the buildings, without any financial compensation, in order to set up, among other things, a large central park, a linear promenade along the riverfront as well as a lot for land reserve purposes. The city is acquiring land to develop a civic hub where a school or community spaces can be located. In addition, Ville de Montréal will acquire a site to develop a mixed residential project, to be carried out by the SHDM.

"This agreement reflects our desire to create a mixed city, where affordable and social housing is available and where mixed-use development is a driving force that contributes to the quality of life of all Montrealers. I strongly believe that a city is more prosperous where economic development is not carried out at the expense of the environment and where a place is devoted to the social economy. And a city is more resilient where the new neighbourhoods are designed with a sustainable, complete development in terms of services and shops. This vision was shared by the Sélection-Montoni consortium, which I would like to thank for their collaboration throughout this process" stated Mayor Valérie Plante.